Saturday Sutting (Translation: Saturday Wanderings) is our attempt to get away from the monotony of daily life in search of some fresh air. A Saturday Sutting is all about day trips from Bangalore. Here is the latest one of the series

This temple was built during the 13 Century and is another beautiful example of Hoysala craftsmanship. The base of the temple is shaped like a 16 pointed star and the different layers of the base are clearly visible. 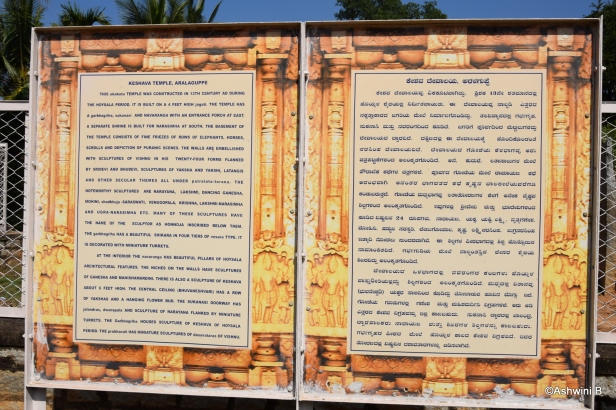 This is a ekakuta plan (single shrine with a tower) with the temple raised on a platform called jagati. The decorative plan of the walls of the shrine and the mantapa (hall) is of the “new kind”, a plan in which the temple has two eaves. The first heavy eave runs below the superstructure and all around the temple with a projection of about half a meter. The second eave runs around the temple about a meter below the first. In between the two eaves are the well chiseled miniature decorative towers (aedicula) on pilasters. Below the second eaves are the wall panel of images of Hindu deities and their attendants in relief. Below this, at the base, are the six equal-width rectangular moldings (frieze). Starting from the top, the friezes depict hansa (birds) in the first frieze, makara (aquatic monsters) in the second, epics and other stories in the third (which in this case is from the Hindu epic Ramayana and stories of Krishna), leafy scrolls in the fourth, horses in the fifth and elephants at the bottom 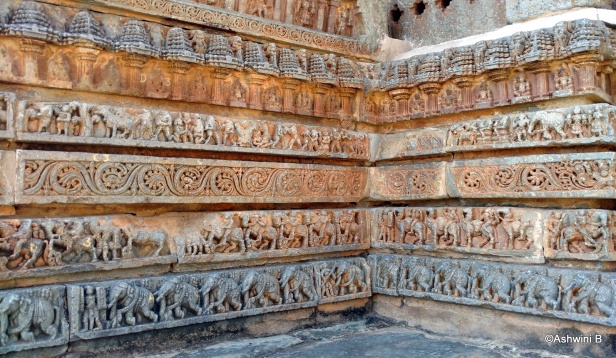 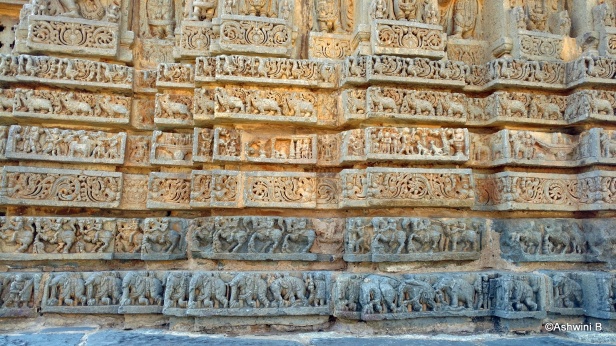 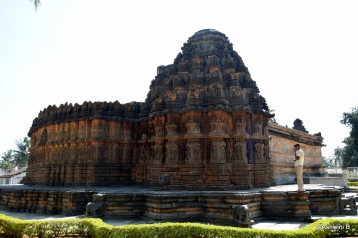 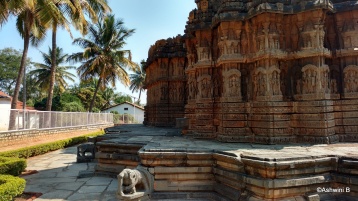 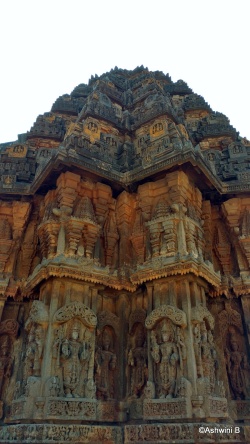 Route: You have 2 options to get to Aralaguppe

Do read Tour de Hoysala Part 1, Part 2 & Part-3 and drop us a note with your feedback or share the post if you liked what you read! 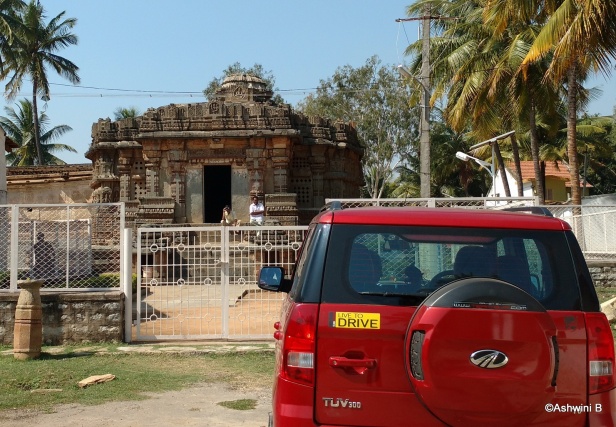